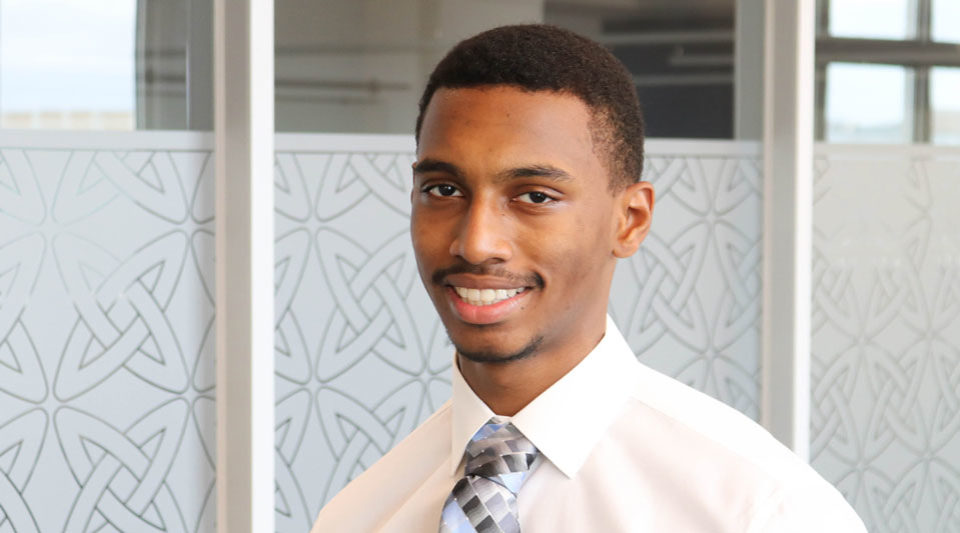 Senior David Webster has been selected for North Carolina State’s “Future Leaders in Chemical Engineering” Award, which recognizes the top undergraduate researchers in chemical engineering in the United States.

David will receive a plaque and an all-expense paid opportunity to present his research at a symposium held October 23-24 on Centennial Campus at North Carolina State University in Raleigh, NC.

David’s abstract is titled “The Impact of Ceramic Particles on Ionic Conductivity in Composite Polymer Electrolytes.” His undergraduate research deals with the understanding of ion transport in cross-linked polymer electrolytes, as relevant for the advancement of safer rechargeable batteries. David first investigated the influence of particle type and polymer chemistry on the film formation and ionic conductivity of composite cross-linked single-ion conducting polymer electrolytes. His efforts earned him co-authorship on an article published earlier this year in ACS Applied Polymer Materials. For his senior year research, David is investigating the influence of the ratio of covalently tethered and free salt on conductivity and transference number in gel polymer electrolytes.

David’s mentor is Jennifer Schaefer, and he works closely with David Leighton as an Undergraduate Teaching Assistant in the “Transport I” CBE course.