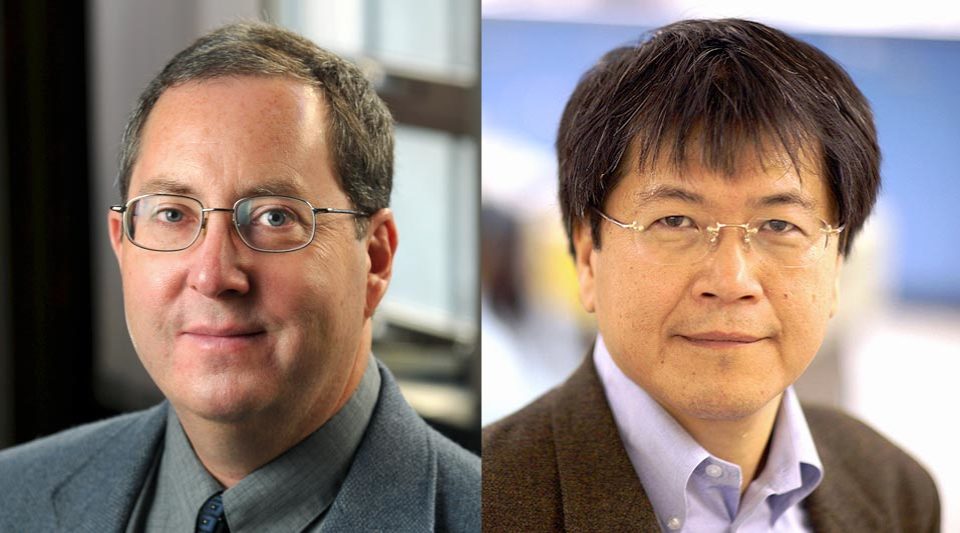 Gary H. Bernstein, the Frank M. Freimann Professor of Electrical Engineering, and Hsueh-Chia Chang, the Bayer Professor of Chemical and Biomolecular Engineering, have been named Fellows of the National Academy of Inventors (NAI).

The NAI Fellows Program highlights academic inventors who have demonstrated “a highly prolific spirit of innovation in creating or facilitating outstanding inventions that have made a tangible impact on the quality of life, economic development, and the welfare of society.” Election to NAI Fellow is the highest professional distinction accorded solely to academic inventors.

Gary Bernstein’s inventions focus on nanofabrication using electron beam lithography, nanoantennas, microelectromechanical systems for integrated circuit packaging, and nanomagnetics. He holds 15 patents, including several for Quilt Packaging — a microchip interconnection technology that incorporates conductive “nodules” on the sides of chips — as well as for magnetic logic gates, inter-chip communication, an electronic lancet device, and a novel field effect transistor. He has authored more than 300 publications.

Bernstein also is a Fellow of the Institute of Electrical and Electronics Engineers. Among his other honors are a White House Presidential Faculty Fellowship from the National Science Foundation, as well as the 1st Source Commercialization Award and the inaugural Indiana Master of Innovation Award from the Indiana Economic Development Corp. and Forbes Inc., both for Quilt Packaging technology. He is the co-founder of Indiana Integrated Circuits, LLC, which develops and licenses advanced microelectronics technology.

Hsueh-Chia Chang’s creative contributions have had an impact on a variety of disciplines, including reaction engineering, control, fluid mechanics, soft materials, and biosensing. He holds 14 patents, including several molecular diagnostic technologies based on non-equilibrium electrokinetics, a new micro/nanofluidic field his lab pioneered. Five start-ups have licensed his diagnostic technologies. He is the co-author of “Electrokinetically Driven Microfluidics and Nanofluidics,” a seminal book on electrokinetics published by Cambridge University Press, and he has authored more than 285 publications.

Chang also is a Fellow of the American Physical Society (APS). He has received the AES Electrophoresis Society’s Lifetime Achievement Award, the 1st Source Commercialization Award, the APS François Frenkiel Award for Fluid Mechanics, the Presidential Young Investigator Award from the National Science Foundation, and a Distinguished Visiting Fellow Award from the Royal Society of Engineering in the United Kingdom.